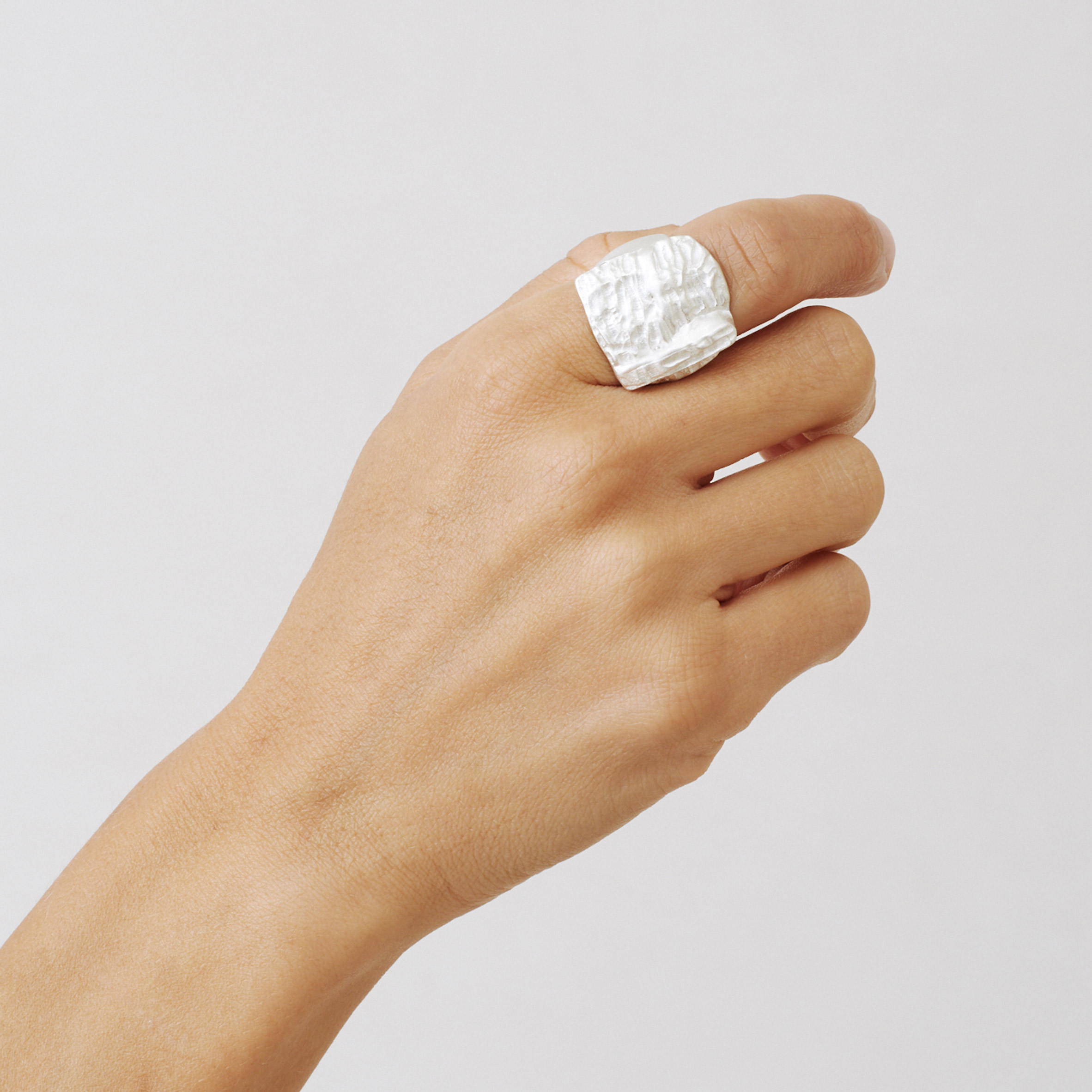 Brooklyn designer Erin Considine has created jewellery from scraps of silver found in her studio and letting "the metal flow" to make organic shapes.

Considine handmade the series for New York brand Lauren Manoogian by melting scraps of sterling silver and reshaping them at a very high heat. The designer said she drew on her experience of working with steel while studying blacksmithing at Haystack Mountain School of Crafts in Deer Isle, Maine.

"My experience blacksmithing at the Haystack Mountain School of Crafts, where I was working on a larger scale using extremely high heat to manipulate steel, I was inspired to take the techniques I learned there into my jewellery studio," she told Dezeen.

The jewellery pieces have irregular shapes and edges that reveal the extremely hot silver's liquid-like form before it hardens. Considine used the flame from a torch to manipulate the "semi-liquid metal" into the series, which includes bracelets, rings, earrings and a necklace. 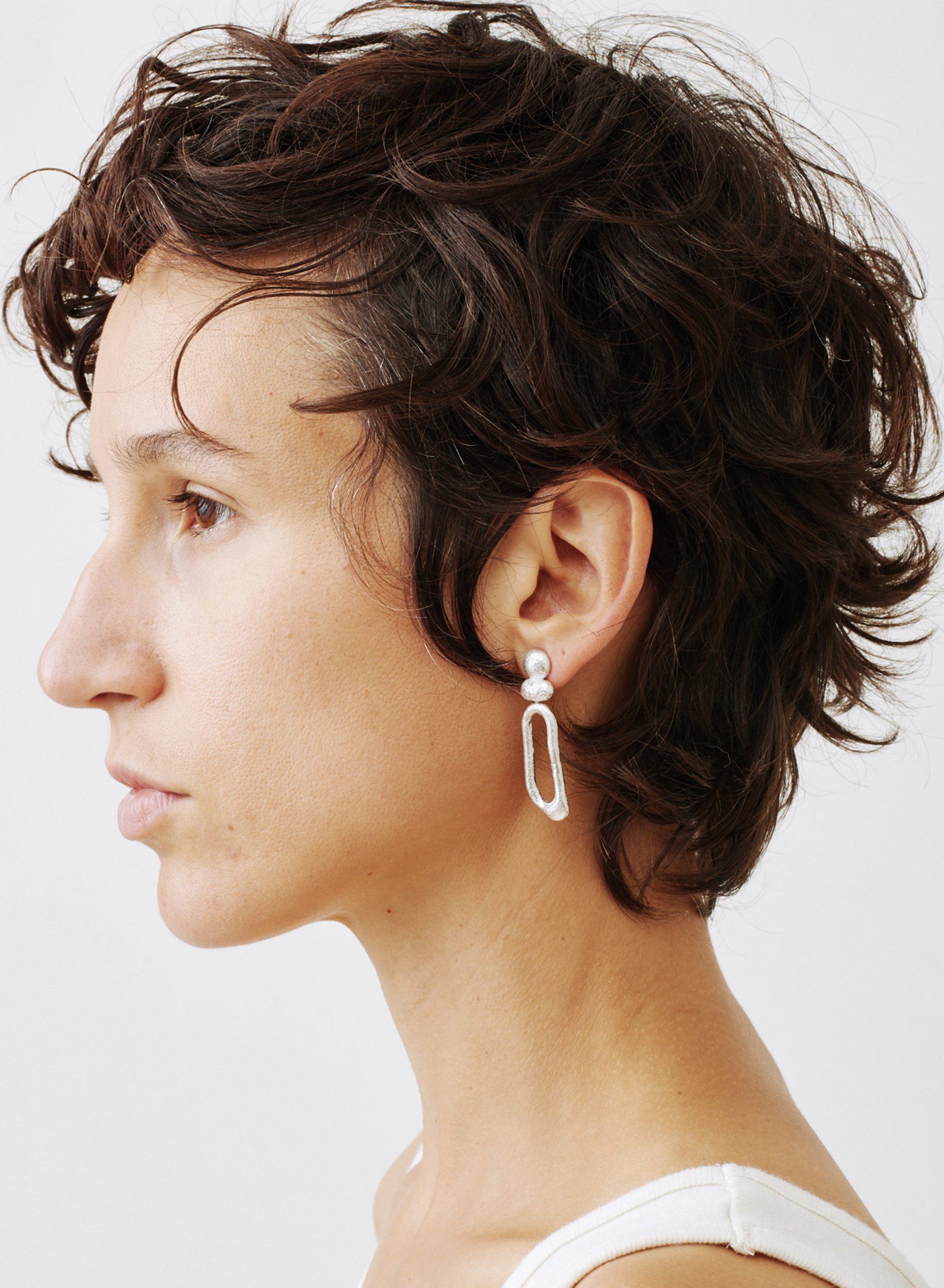 "The process I landed on for this collaboration is about letting the metal flow, using the flame from my torch to move the silver to a certain threshold between molten and solid, and showing the reticulated structure of the metal," Considine said.

"Utilising my scrap silver, heating until molten, manipulating the hot, sometimes semi-liquid metal into the series of shapes you see," she added.  "It's a very unconventional way of working with metal, that is so often tightly controlled." 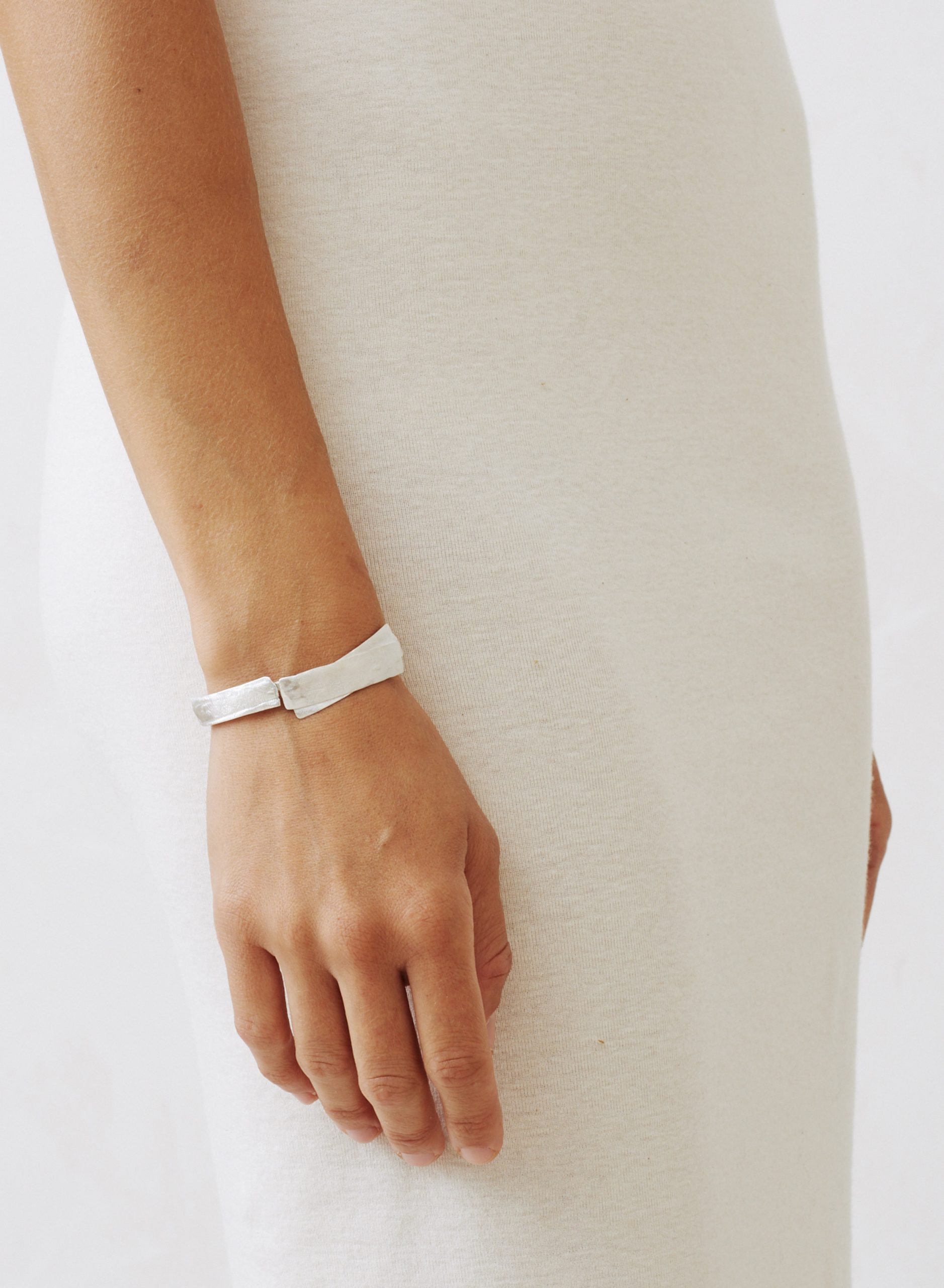 Elements of the cuff and earrings were formed using blocks of charcoal, which are designed for soldering and direct casting. The designer carved the desired shapes into the charcoal to create the pieces.

"It’s soft enough that jewellers often carve into the block to make a shape, say for a ring," she added. "In this case, I carved a shallow arc shape to make elements for the cuff, and a series of domes for elements of the earrings."

The jewellery pieces are all made from leftover silver she collected in her studio – a practice she said is typical to the profession.

"It is standard practice for jewellers to recycle their bench sweeps," Considine said. "Jewellers are meticulous about separating various karat gold, silver, brass — for the most part, everything is recyclable or able to be refined to create new pieces of jewellery or monetary value." Considine also used the end of wooden chopsticks to manipulate molten metal to create the decorative element of the choker. The sides were then created using a metalworking process known as drawing wire – in which a segment of wire is pulled through a series of dies that resemble moulds. 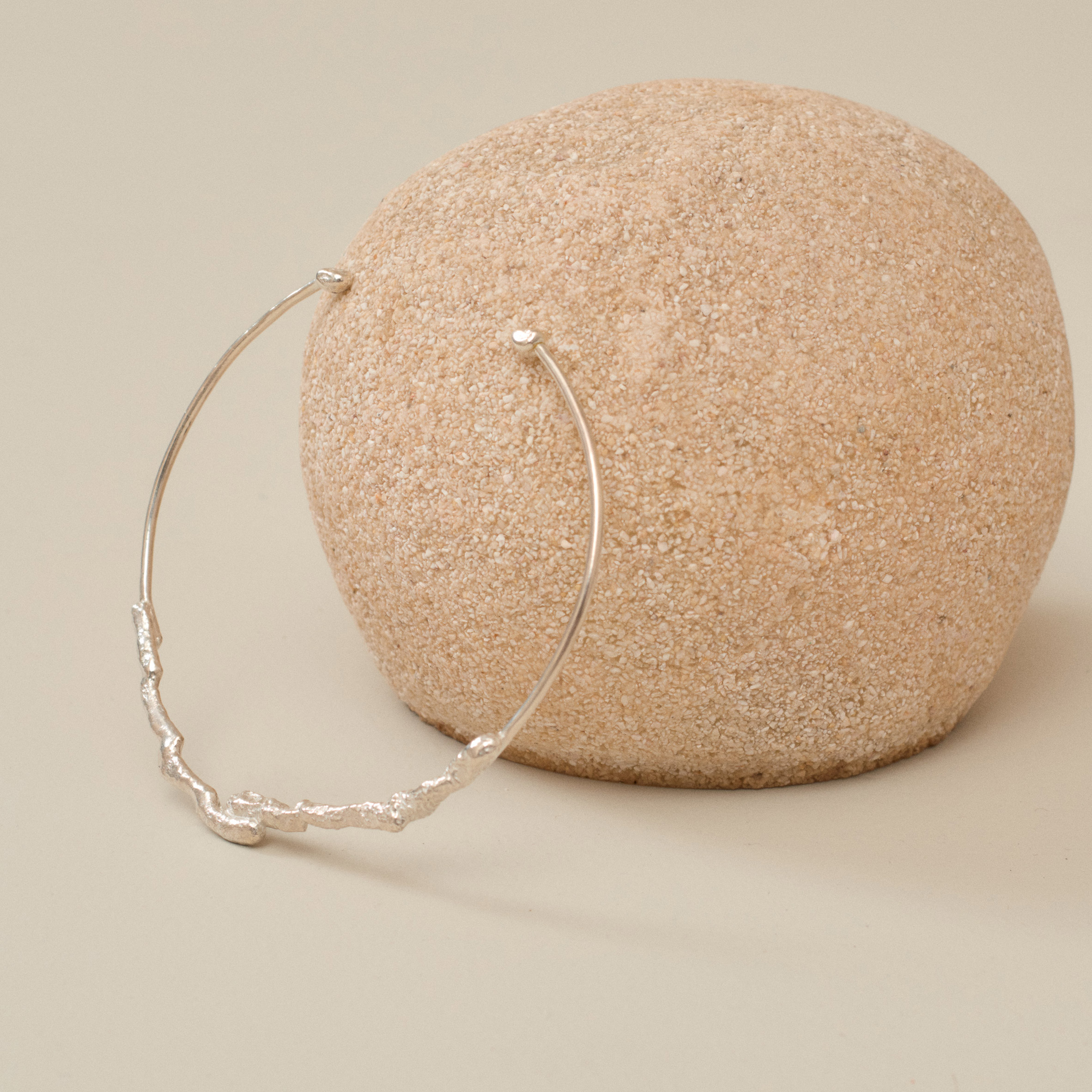 "There are clearly suppliers that you can buy wire from and save all the work of heating, pulling and filing, but this enables me to use recycled materials in my studio," she added.

Other jewellery designs include an all-diamond ring by Jony Ive and Marc Newson, necklaces made from pistachio shells and a ring that doubles as a sex toy.